There you are on 5th Ave. and 59th Street, on the edge of Central Park, the (during summer green and during winter white) heart of Manhattan, spanning 843 acres. 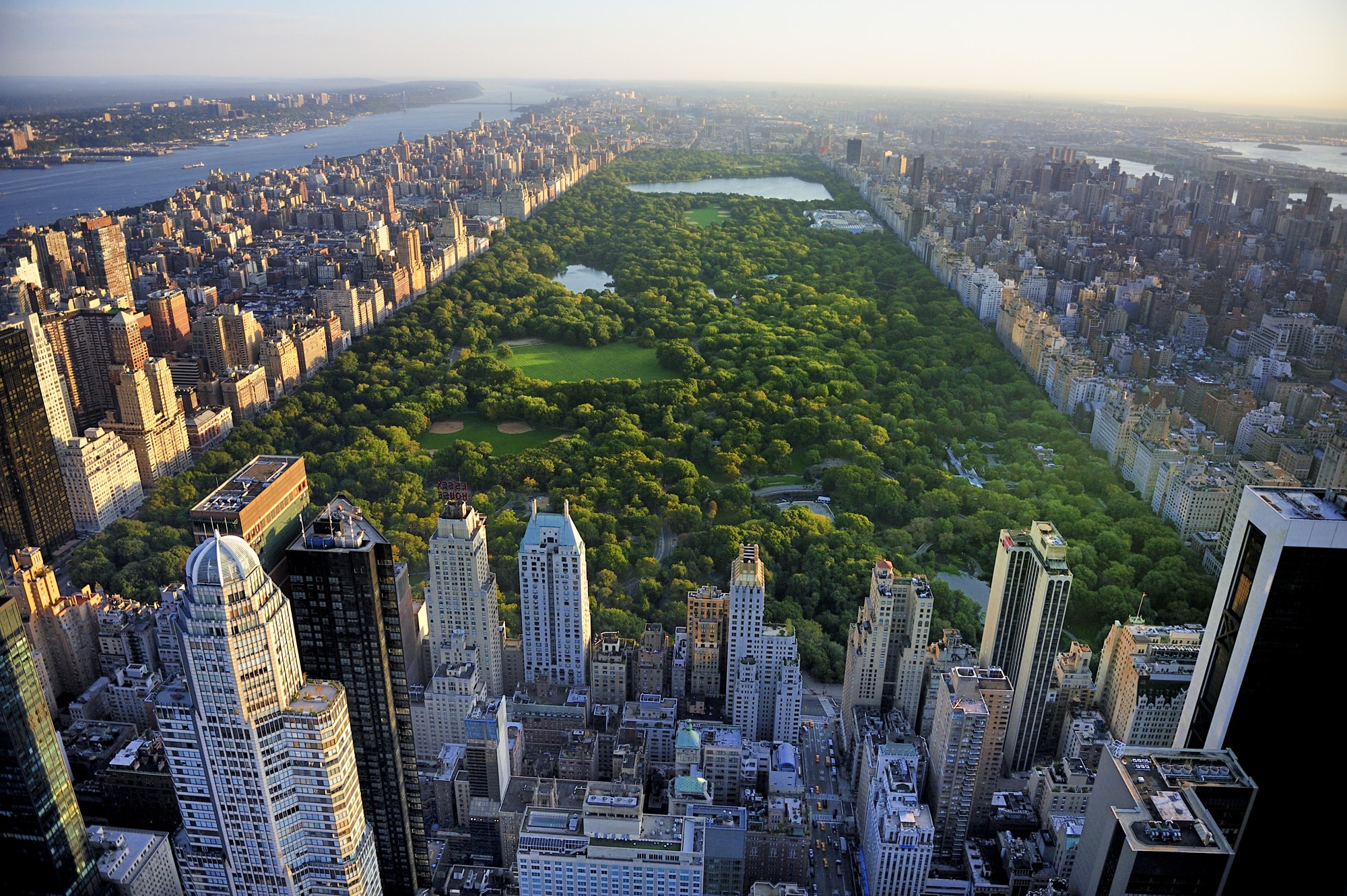 Back in time…
Central Park is one of the world’s greatest urban oases, encompassing a diverse landscape of rolling fields, walking trails and tranquil bodies of water—all sculpted by human hands. Designed in the mid-19th century by Frederick Law Olmsted and Calvert Vaux, Central Park is the centerpiece of the City’s public park system.

Sheep meadow
Once you’ve entered Central Park it feels like you’re isolated from the outside world. The only sounds you’re hearing are the sounds of nature and people. Even on Sheep Meadow, one of CP’s most famous hotspots. This vast grassy plain was home to pure bred sheep back in 1864, the scene for large-scale concerts in 1960, and CP’s first Quiet Zone in 1980. Nowadays Sheep Meadow serves as an enormous picnic spot. Compare it with a festival; music, doilies, food, drinks and people of all ages. There is one big difference, you have to be careful with alcohol. It’s illegal to drink alcohol in public. 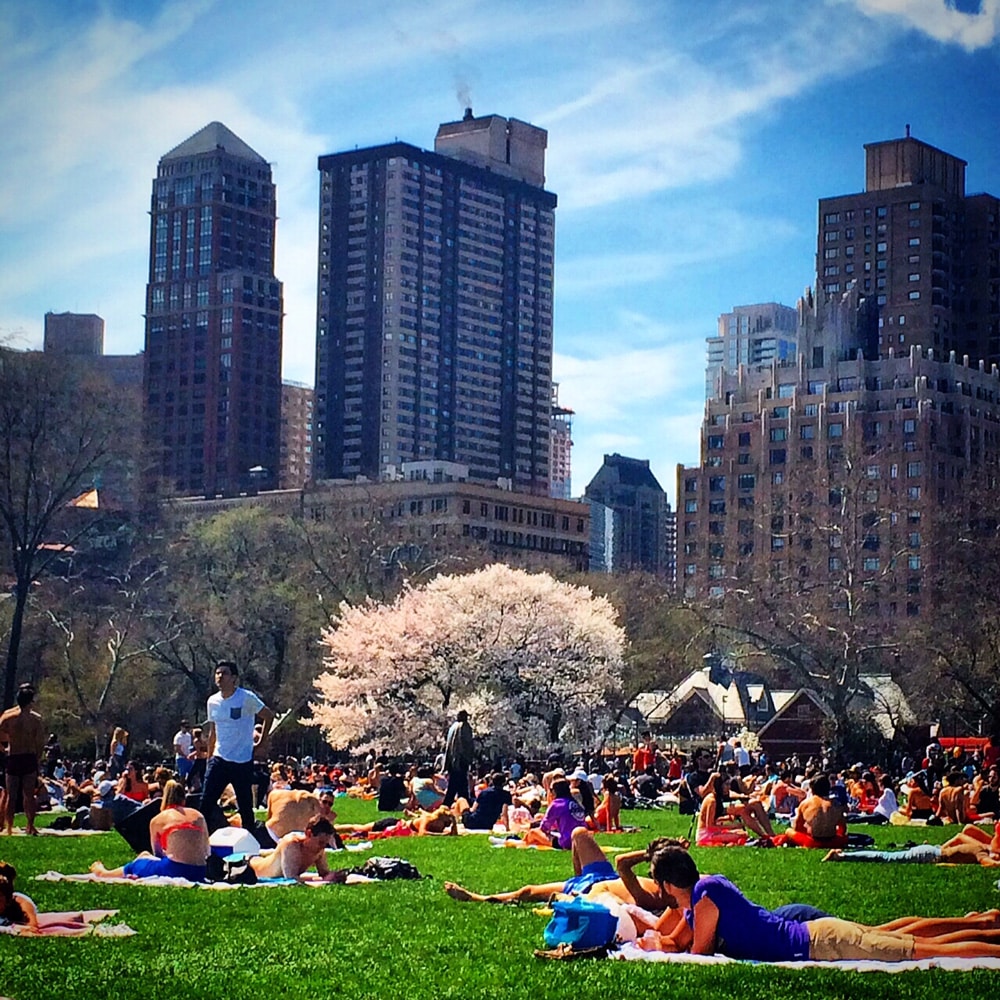 Curious about other CP hotspots? I’ve made a selection of the coolest spots in Central Park for you;

# Tavern on the Green
Tavern on the Green was built in 1870 as Sheepfold for the flock of Sheep Meadow. In 1934 it was turned into a restaurant, which has seen many different owners and images in the past 80 years. After a two-year restoration, the restaurant re-opened on April 24th, 2014. This spot is perfect for a Sunday-brunch. Enjoy live jazz-music and delicious food & drinks. 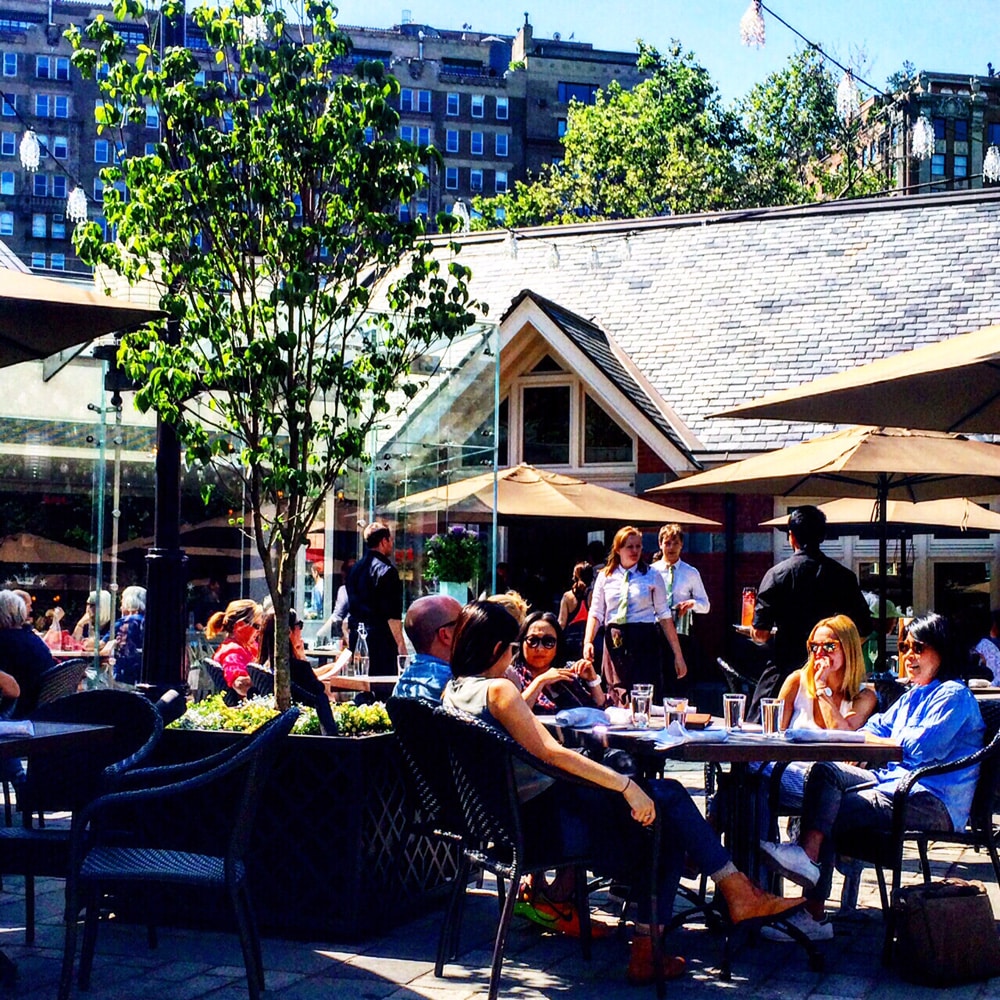 # Roller Skating Rink
The Roller Skating is managed by the CPDSA, a non-profit organization that provides free roller-skating to live DJ music in Central Park. They mix classics and modern deep and soulful house music. They get you going and keep you rolling all afternoon. Bring your own old school roller skates and have fun! 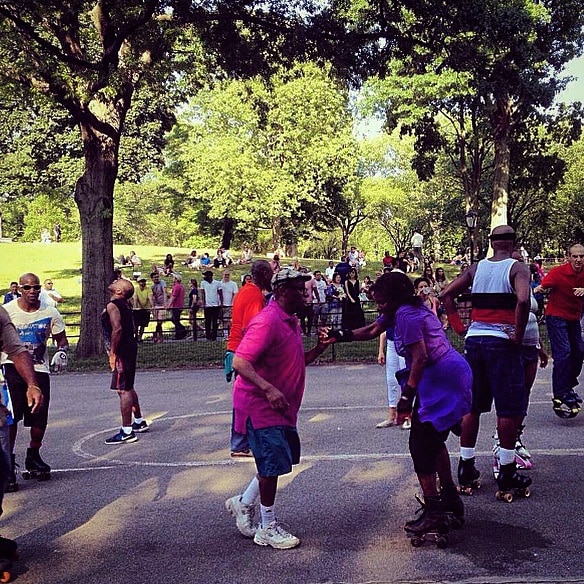 # Loeb Boathouse
At Loeb Boathouse you can rent rowboats & bikes, hire an authentic Venetian gondola, or dine overlooking views of the Lake. Boating on the Lake has been a popular pastime from the Park’s earliest days. Originally six rustic landings dotted the water’s edge and a number of kiosks functioned as ticket booths where visitors could hire rowboats and gondolas. As interest in rowing grew, the lake needed a proper boathouse. In 1874 Park architect Calvert Vaux designed a rustic building on the eastern shoreline to provide covered space for docking and storage. With its charming Victorian touches, the building also featured a second-story terrace that afforded beautiful views of the Ramble.

Last month one of my followers asked me for some suggestions where he could ask his girlfriend to marry him. Hiring an authentic Venetian gondola was one of my suggestions. You can feel the romance everywhere.

# Bethesda Terrace
Bethesda Terrace is considered the heart of Central Park. In their original plan, the Park designers envisioned a sweeping Promenade (the Mall) that led to a grand terrace overlooking the Lake. The magnificent carvings represent the four seasons and, on the side facing the Mall, the times of day. This spot has been used in several movies and series. Bethesda Terrace is always crowded and a real must see when you’re in Central Park.

John Lennon and his wife Yoko Ono lived in the Dakota Apartments
located on this area of the park. It was here, walking into his home,
on December 8, 1980, that John Lennon was shot dead. To commemorate his life, the City Council designated this area, the couple’s favorite in Central Park, as Strawberry Fields. Bring some flowers and listen to the musicians playing songs of John Lennon.

I’ve visited Central Park for about 25 times in the past 2 years, but I still discover new spots. Walking or cycling, you’re never bored in here. Enjoy!